I handcraft, sculpt and carve each of my pieces of wearable art. I sign all of my pieces and all my pendants even have names. When you wear or give one of my creations you are giving one-of-a-kind. 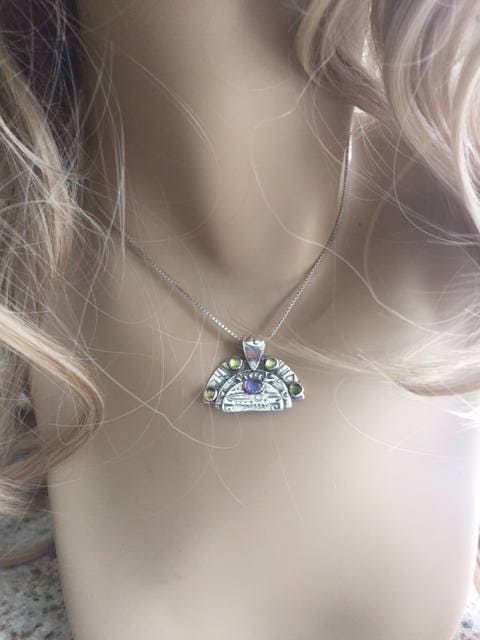 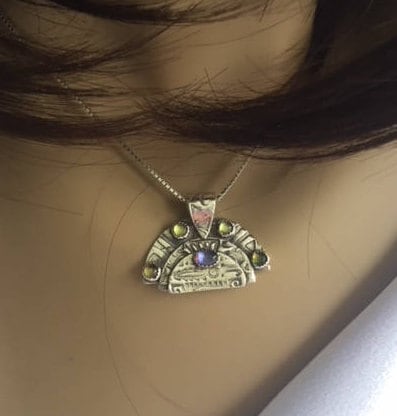 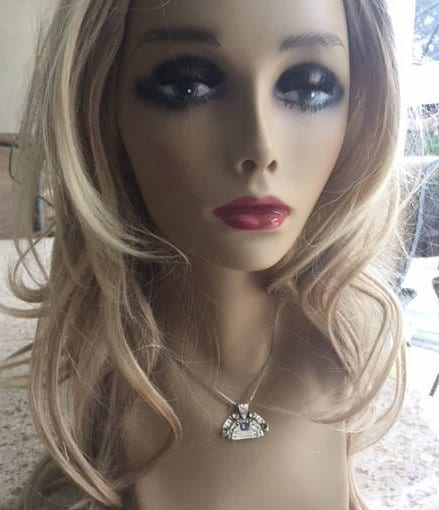 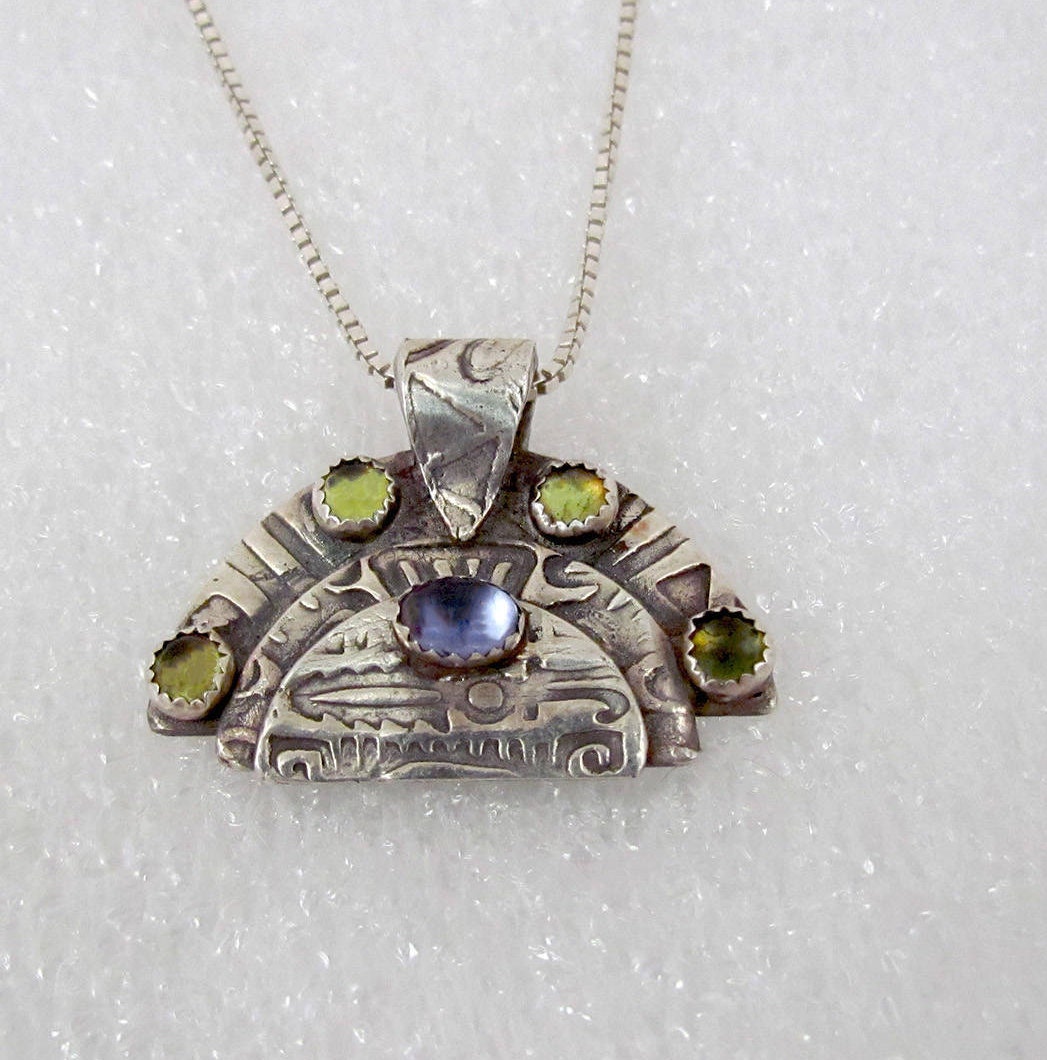 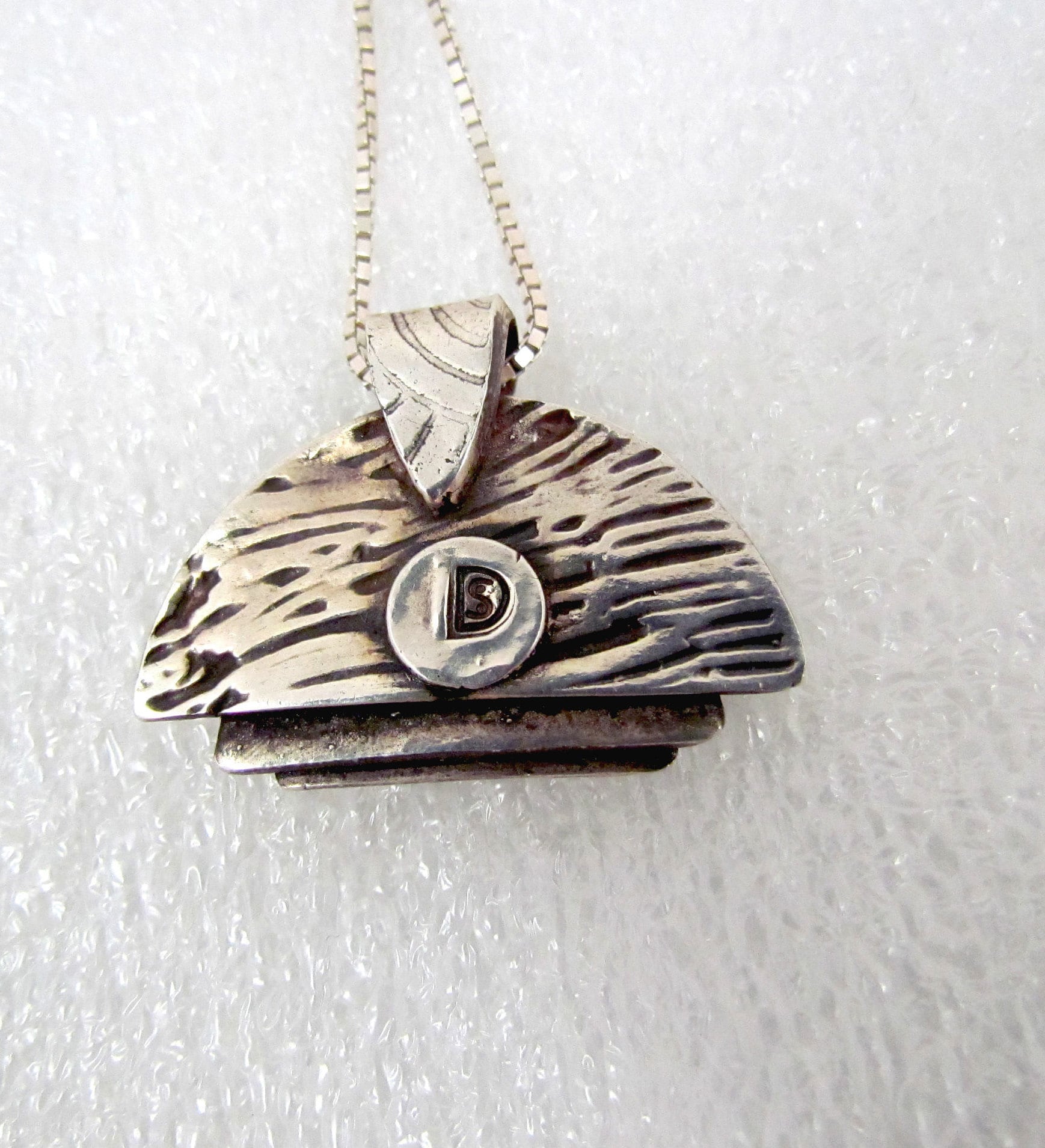 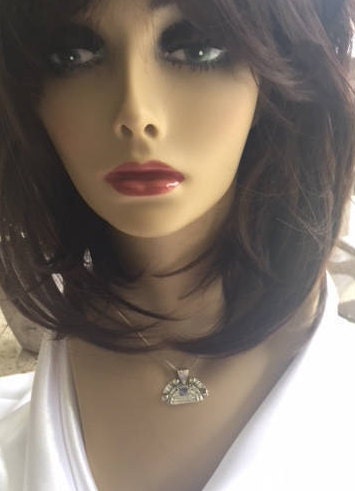 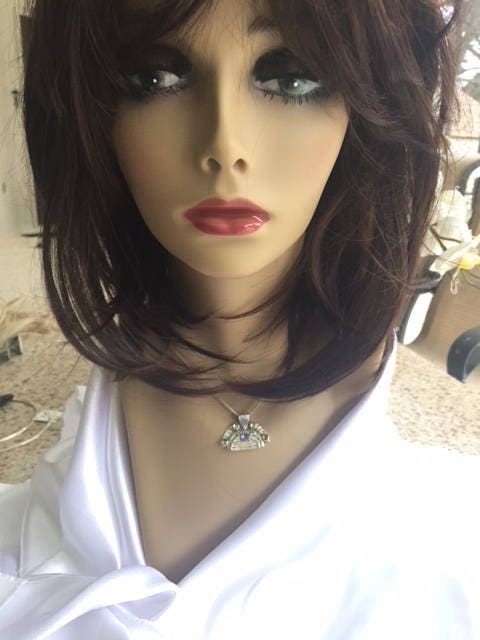 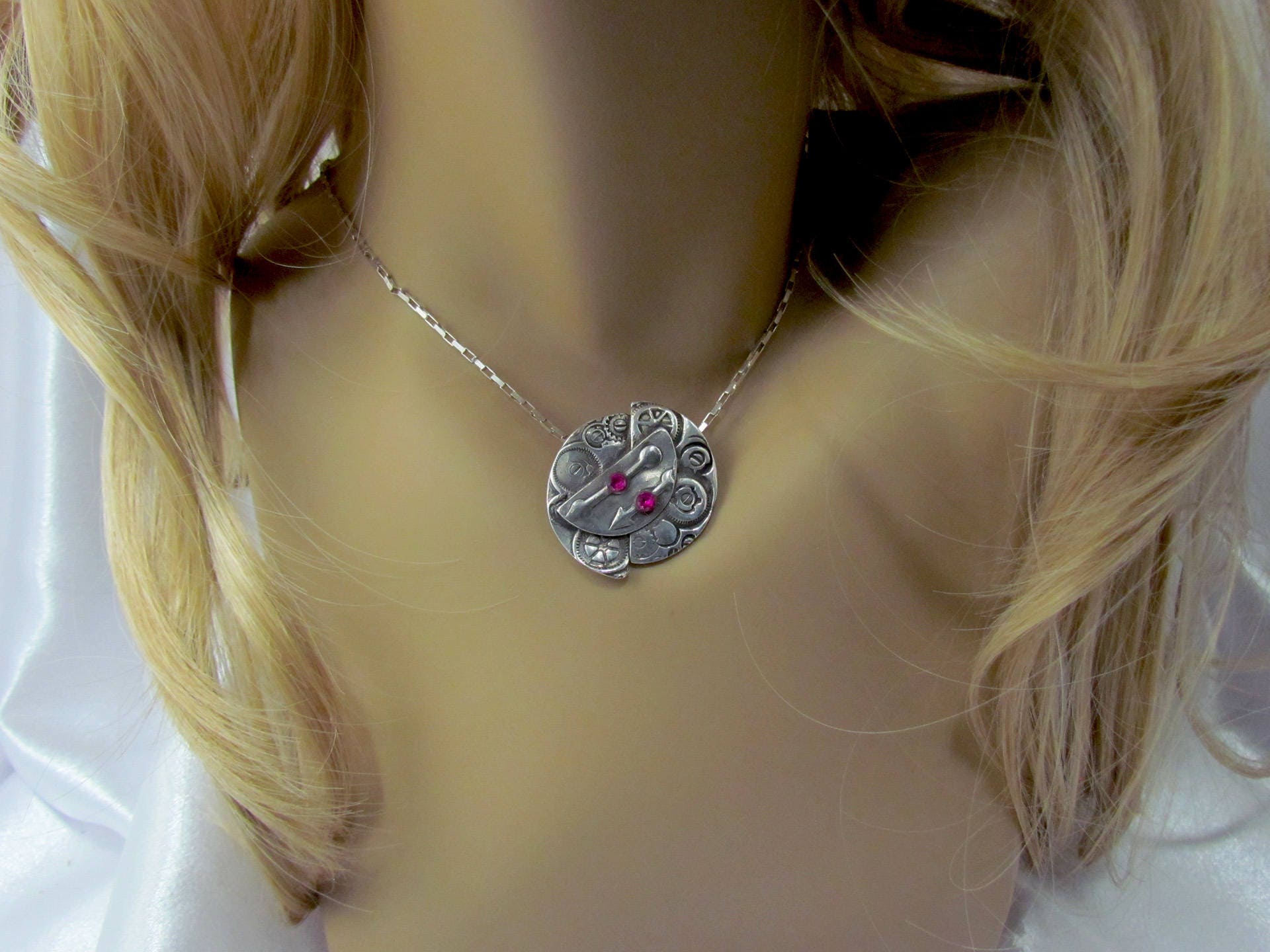 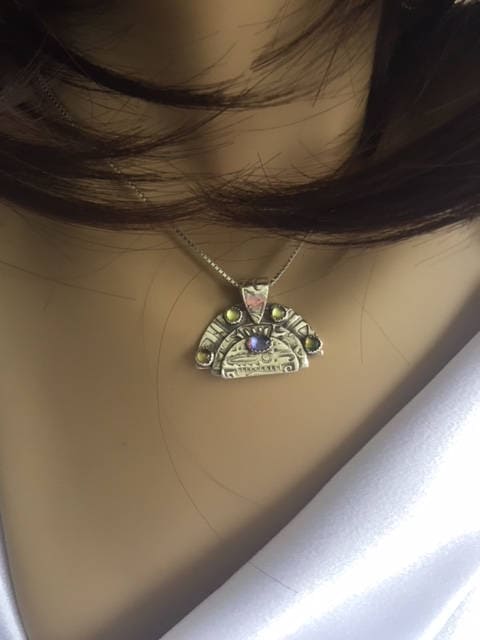 I hand sculpted, carved and layered this dainty but bold pendant using PMC 999 Fine Silver then set genuine Iolite & Peridot gemstomes. Iolite is a fascinating stone with an interesting past. Ancient mariners used iolite as a compass to guide their way to sea. They noted that it would show different hues of blue-violet when held to the northern and southern skies. Ancients believed that it could unlock creativity in an artist.

About the beautiful Peridot Gemstone: Peridot gemstones have such a lovely energy and are such a pleasure to wear within your aura, that they are a stone that everyone should try. Whether you wear it as jewelry, or as a piece of stone kept on your body, it embodies a lovely energy that has the potential to make anyone feel happier and more positive. Dating back to ancient Egypt, Peridot was a favorite of Cleopatra, who wore the stone for its beauty and to ward off evil spirits. According to legend, the Queen's emeralds were actually Peridot crystals, which share a similar aesthetic to the highly prized jewel. Known as the poor man's Emerald because of its less expensive price, the Peridot crystal meaning can be traced back to the volcanic areas of Hawaii on the island of Oahu, where tiny Peridot grains can still be found washed upon the shore. According to ancient folklore, these pieces of Peridot represent the tears of Pele, the goddess of the elements. Created in a fiery pit of lava millions of years ago, the Peridot crystal gets its olive to lime green colors from olivine, a type of mineral made up of iron, silicate, and magnesium.

This beautiful pendant measures 30mm wide x 28mm high and is extremely lightweight and something that can be worn day after day. The pendant comes with a Free 18" 925 Sterling silver venetian box chain.

Ship items back to me within: 7 days of delivery

Request a cancellation within: 24 hours of purchase

But please contact me if you have any problems with your order.

The following items can't be returned or exchanged

Because of the nature of these items, unless they arrive damaged or defective, I can't accept returns for:

Questions about your order?

Please contact me if you have any problems with your order.

For holidays I am offering holiday themed gift wrapping for $2 with a hand written name tag or personal message. I can offer all holiday wrapping including Birthdays, Anniversary, Christmas, etc. Be sure to leave me a note for which holiday wrapping you desire if it is not for Christmas. At no additional charge I package all items in beautiful boxes with ribbons. Unless you wish to wrap with specific paper yourself, you can present the item in the original packaging as I also make sure there are no price tags on the item itself. These gift wrap options allow you to have the gift sent directly to the recipient.

You should never use liquid silver cleaner. LIQUID silver cleaner is very harsh and can harm the metal over time as well as remove any patinas that were put on the piece intentionally. Body oils, hairspray, perfume, makeup...just to name a few...can cause Sterling to tarnish so use mild soap and water to clean the piece after wearing. Everyone's body chemistry is different and some people can wear sterling for years without tarnishing it. I personally have high acid content so I can tarnish a chain around my neck in one day. The best way to remove tarnish is with a Moonshine Jewelry Polishing Cloth. I will be offering these for sale in the future.

0 items in your cart